The first Architecture and Landscaping Biennale was the chance for VEDECOM Institute to introduce its autonomous shuttles to the public. The event has been organised by the Greater Paris region and runs from 4 May to 13 July 2019. One of two vehicles was on show from the 4-6 May in front of the Versailles Grand Parc Urban Community buildings. The static demo allowed the VEDECOM Tech team to demonstrate to the public the autonomous shuttle service that will run from allée des Marronniers to the mobiLAB.

The VEDECOM Institute autonomous shuttle service was inaugurated 10 December 2018. This service, which was developed by VEDECOM Tech and is operated by Transdec, is the first with extended perception features to run on the open road in France. 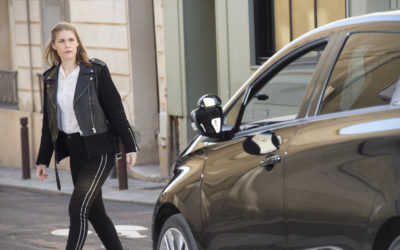